Find Manitoba Hunts on the Map

Manitoba covers a huge amount of territory and offers a variety of hunting adventures.  Currently featured on World Class Outdoors is River Country Outfitters who specialize in Black Bear hunts and Wolf hunts.  Manitoba is a world-class location for both Black Bear and Wolf hunting.  Other big game, including Whitetail Deer, Elk, Moose and Caribou can also be hunted in Manitoba.  Incidentally, Churchill, Manitoba is known as the Polar Bear capital of the world.

Manitoba is part of the staging area for the central flyway.  Waterfowl hunts are available and are also regulated for conservation efforts.

Manitoba is the most centrally located province in Canada and is huge.  It is 250,116 square miles – roughly the size of Texas.  It has over 110,000 lakes and has a saltwater coastline to the north at Hudson Bay.  To the east is Ontario, west is Saskatchewan, south is North Dakota and Nunavut and Hudson Bay is to the North.  60% of the population live near Winnipeg, the capitol.  Manitoba is divided into 82 hunting areas.  These areas were created to manage and preserve wildlife and other natural resources.  The black bear and wolf zones are shown below.

The southern part of the province is flat plains, grass lands and plateaus.  There are abundant agricultural grain fields and cattle ranches in this area.

The central part of the province, considered to be north Manitoba, is flat forest surrounding Lake Winnipeg.  This is the prime hunting area for most Manitoba big game hunts.  Although the area is remote, it is still accessible and home to incredible black bear and wolf.

To the north is very remote, little population and very cold, with winter overnight temps reaching 40 degrees below! 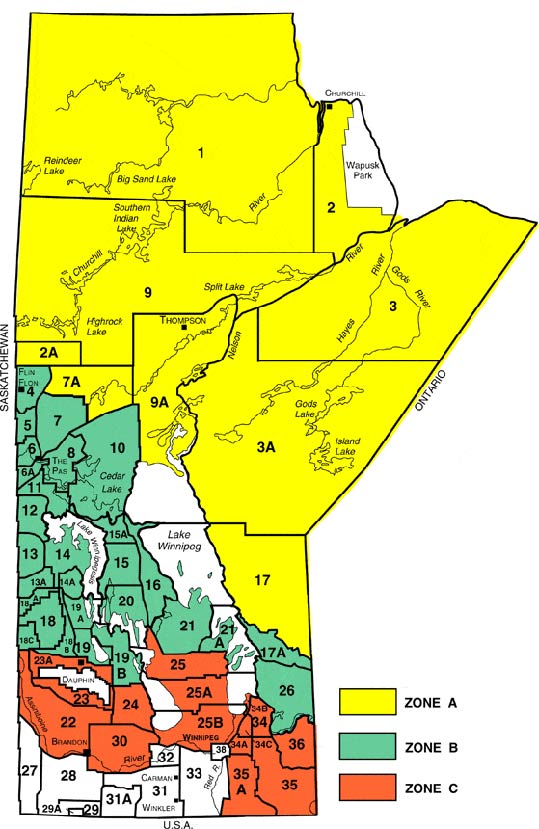 In the province of Manitoba, non-resident hunters are required to purchase a tag and use the service of a licensed guide to hunt most big game species.  There are also draws required, so be sure to consult our featured licensed Manitoba Outfitter to insure requirements.  Rifle, shotgun, muzzleloader and archery seasons for big game hunts.  Again, check with our featured hunting pro for advise on licensing, season dates and tag requirements.

More extensive research on Manitoba hunting draw, season dates and regulations can be found at the Manitoba Wildlife Conservation website. 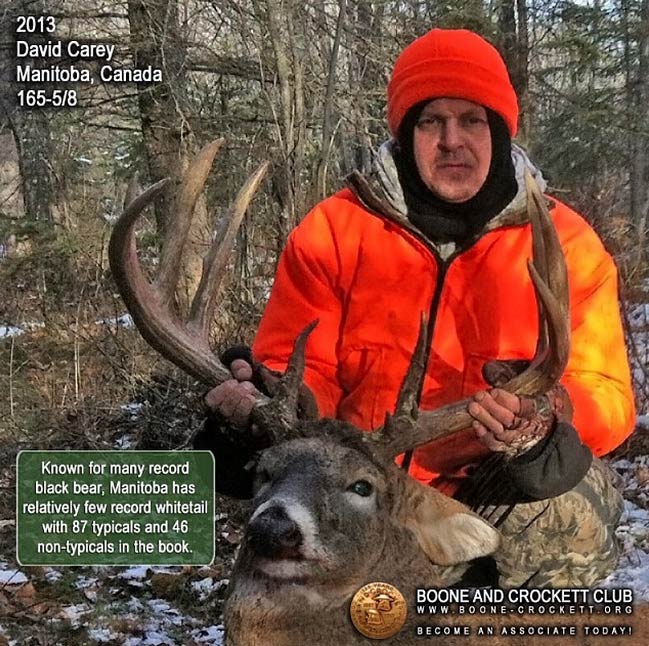