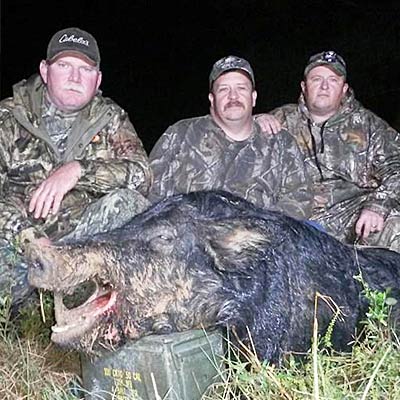 Find Georgia Hunts on the Map

Hunting in Georgia is a long-held tradition that continues to grow with each passing generation.  And young generations are able to continue tradition with the help of professional guides and outfitters.  They are able to maintain prime hunting properties and managing the hunts for maximum numbers of trophy class deer and turkey.  Beyond a shadow of a doubt, Whitetail Deer and Turkey are the most sought-after game, but Hog hunting has become very popular as well.  There is a great need for hog control in order to protect property and crops.  Hog hunts are conducted with special night and heat vision equipment and can be done all year long.  In addition to deer, turkey and hog hunting, there are also quite a few wing shooters in the state of Georgia, hunting ducks, geese, quail and dove.   Black bear hunting is also available.  A variety of small game and predators can be hunted during season.

Georgia’s terrain and habitat is quite varied from region to region.  The northern most part of the state is the (I) Ridge and Valley Region and (II) the Blue Ridge Mountain Region.  These have higher elevations, cooler temperatures, and less dense populations.  Mountain streams and lakes contain a variety of fish and provide water for wildlife.  The map below (credit to GA Game and Fish) show the regions and top counties for whitetail. 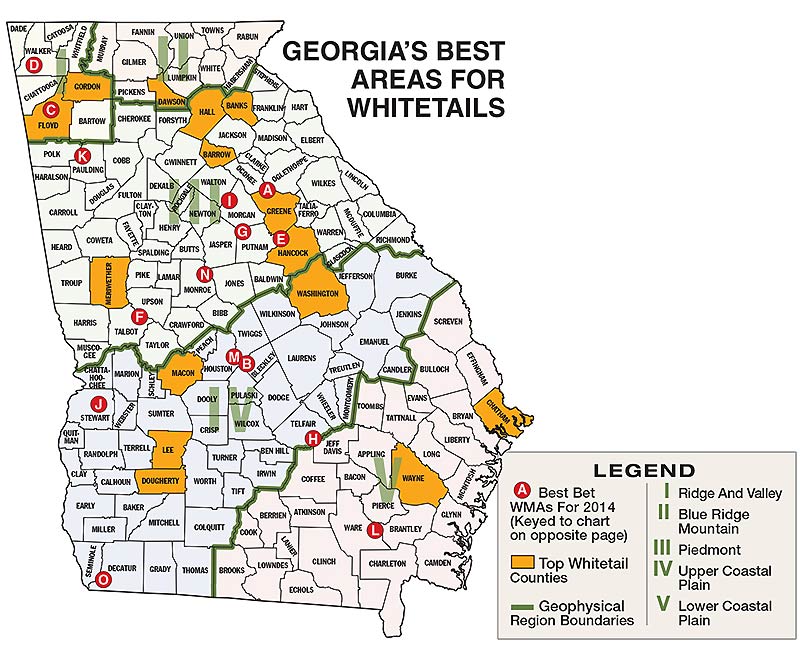 The central part of Georgia is called the (III) Piedmont Region and offers rolling hills, lakes and forested areas.  It has a higher population, as Atlanta is in this region, but there are abundant hunting areas in this part of the state.  There is a lot of agriculture in this region of the state, which draws and holds the wildlife.  This is an area where hogs can cause big problems.  The Chattohoochee River and Lake Lanier also provide excellent habitat for all wildlife.

The southern part of the state, running from the west all the way to the eastern coast is, not surprisingly, the Coastal Plain Regions.  The inland plain counties, known as (IV) The Upper Coastal Plain, is very agricultural and also has hardwoods, pines, lakes, rivers and streams.

Area (V) is the Lower Coastal Plain.  In the coastal counties, there are beaches, but also marshes and swamps.  The Okefenokee Swamp is one of the largest swamps in America.   Cypress, Oaks, Pines and marsh grow well here and the land offers some excellent waterfowl hunts, as well as turkey and deer.  And there are alligator hunts available by draw.  And it is also important to wear snake chaps when scouting this area – there are Coral Snakes as well as other poisonous snakes.  Moving eastward, just north of Florida, is a very rich agricultural area and offers excellent hunting opportunities.

Spring turkey season is typically from mid-March through mid-May.  Currently a hunter can take 3 gobblers per season.  Turkey hunting is loads of fun because there are usually a lot of wild game active in the woods.  Often times, hunters see bobcat, raccoon, squirrels and young deer – but be prepared for snakes and biting bugs. 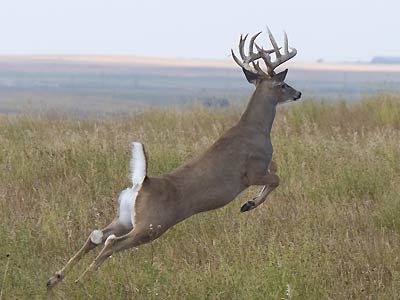