Choose an Area
for Pheasants Hunts 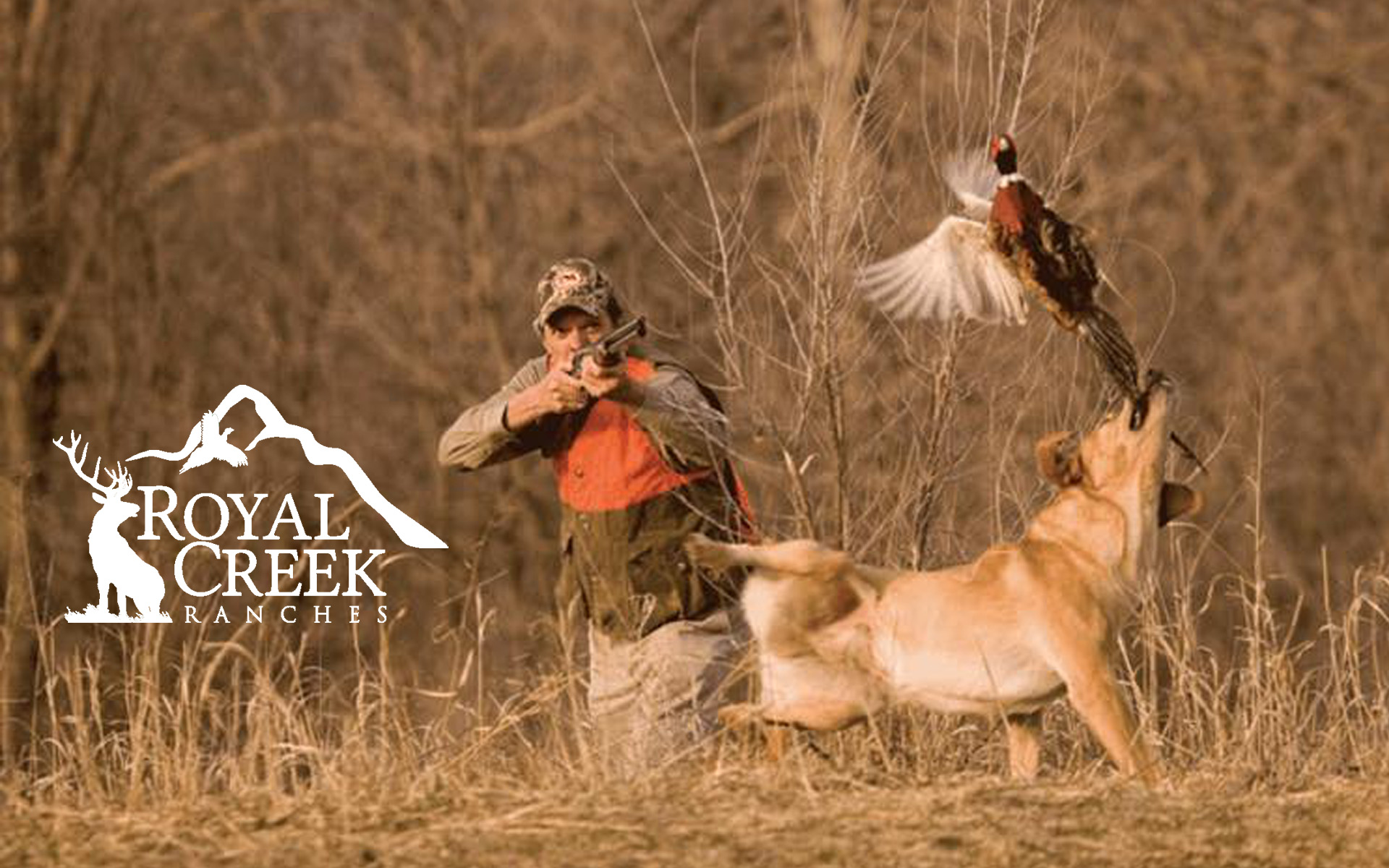 Whether you are hunting wild pheasant or at a pheasant and upland game preserve hunt, you are sure to enjoy an exciting time if you find the birds. When the pressure is on in November, those Pheasant Roosters sure get smart. Below are some things you can do to make Pheasant hunts a successful adventure!

Get the Right Gear for Pheasant Hunts: Make sure you are properly outfitted for pheasant hunts. You will need the proper camo for the area you are hunting, a blaze-orange hunting jacket with a game pouch, brush pants and a blaze-orange cap so your hunting companions can see you in tall cover. You will also appreciate a pair of comfortable boots with good ankle support and moisture control hunting socks. Also, keep in practice during the off season by shooting sporting clays. It’s the best way to stay in good shooting shape for pheasant hunts.

Well Trained Dog for Pheasant Hunts: Your pro Pheasant Hunting Guide – Outfitter will usually have well trained dogs for you to use on Pheasant Hunts, but if you are hunting your own dog, there are a few important details. Obedience is the most important thing when training your dog for pheasant hunts. You need to be able to call your dog off the pheasant instantly. The dog must be under your control at all times. An over excited or disobedient bird dog can not only ruin pheasant hunts, but put their own life in danger. It is also important to introduce the dog to a pheasant wing or dead pheasant at a young age. Start young and maintain obedience. There are may good books and videos available to help you through all the stages of dog training for Pheasant Hunts. And there are several breeds of dog that make excellent pointers and retrievers! The bottom line is, without a well-trained dog, you might as well stay home.

Push the Pheasant Into The Wind During Pheasant Hunts: This will give your dog the edge on the bird’s scent. If you have done your part in training your dog for Pheasant Hunts, this will make his job much easier.

Good Pheasant Hunts Require Patience on the Shot: When a big rooster shoots from cover with a loud cackle, even an experienced wing-shooter can loose their composure! If you rush the shot, your pheasant will probably fly away unscathed, but if you manage to hit the bird at close range, all you’ll have is a pile of pretty feathers. Safety is a concern as well. Those pheasant burst forth and may fly right at your hunting buddy, so take a quick breath before you take the shot. It could be an important breath!

Keep Yourself and Your Dog Hydrated During Pheasant Hunts: Keep your dog well hydrated so his mind will stay on the hunt. Also, it may not be safe for your dog to drink from ponds and streams. Sadly, dogs have died because of dangerous algae growing in the waters that occurs during certain weather conditions. It is a smart precaution to take your dog’s water bowl and bottled water with you for yourself and your dog. And if alcohol is served, is best served AFTER the pheasant hunt!

Pheasant “Blockers”: Pheasants are known for their running ability. They’ll run away from hunters. Blockers are hunters stationed at the end of the field who get shots as birds break from cover. The presence of blockers forces birds to hold tighter, giving both walkers and blockers more shooting action.

Silence is Golden During Pheasant Hunts: Not just in deer hunting is being quiet important! From the moment you arrive on the field, be mindful of noise. Don’t slam the truck door, keep the dogs quiet, voices low. Those wise old roosters have dodged a few bullets, and they know what preceded the shots! High wind days are good days for pheasant hunts because the noise of the wind camouflages your movement.

Know Your Pheasant’s Routine: Your pro pheasant hunting guide or outfitter will have intimate knowledge of pheasant location, bedding areas, feeding areas and scheduled movements, but if you are hunting on your own, you’ll need to take the time to learn your quarry’s routine to enjoy successful and rewarding pheasant hunts.

Don’t Forget Under-Hunted Areas for Pheasant Hunts: Sometimes, the best places to look for pheasant (when they are not where you think they should be) are not too obvious. When the pressure is on, pheasant find places to hide. Think about what every other hunter out there is doing and try something different. For instance if you have access to a boat, or your area ices up, try and hunt islands near the lake. You may have watched pheasant sail to to these spots year after year when they get pushed from the heavy shoreline cover. Or if there is a specific area that never gets hit because it is just too thick, well, guess where the birds are. Even if it is too thick to shoot out of, post a couple guys at the end and draw straws to be the grunt for your buddies. The idea is do what nobody else is doing, not what everybody else is doing!